I found out that I had PCOS about 2 years after my first child was born. I was then just put on birth control pills since at the time I wasn't trying to conceive.

After I got married, I went off the birth control pills and all the problems started. I gained weight, about 15 lbs. in 2 months, no ovulating, no periods, depression, polycystic ovaries and constant ovarian pain.

Then my ob/gyn put me on Glucophage and within 2 weeks I had a follicle of perfect size, ready to ovulate, lost about 5 lbs and felt I had hope finally.

Two weeks later, I got my first period on my own without birth control pills!!!

But now after my third, my problems are slowly starting up again. So I am about to go back on the Glucophage in hopes to get pregnant for a fourth time and hopefully that will "fix" me again!!

There is hope for women with PCOS. Diet, low carb, like South Beach, exercise and knowledge are what helped me out and keep my going, happily!!  Good luck to all!!!

Grateful to Find a New Doctor

As I sit here reading all these success stories, I am holding my 3 1/2 month old daughter in my lap. 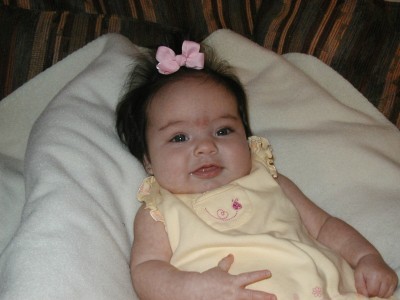 I was diagnosed with PCOS in October of 2003. My symptoms were ignored by my OB/GYN for about 3 years.

Then my symptoms came too severe to endure. I was bleeding severely, in so much pain, and could barely stay conscious.

I landed in an ambulance because I lost consciousness due to massive blood loss.

Luckily, my wonderful husband demanded I see a new doctor, who was recommended by a co-worker. My new OB/GYN knew exactly what it was & started treatment immediately.

I had 2 large cysts removed, ovarian drilling, and was put on metformin.

I lost a little weight, which as you know is hard to do with PCOS because of the thyroid problems often associated with PCOS.

About 8 months after my treatment started, there was little progress, and my doctor told me I'd likely never conceive. Two months later, I was pregnant! I now thank God every day for my precious gift that I never thought I'd have.