PCOS Diet Plan - Why You Need It

Have you ever wondered why diets don't work for you? Maybe you need a "PCOS Diet Plan".

Have you noticed that you can consume exactly the same amount of dietary calories as your friend, but you will gain weight while your friend does not?

Although some women with polycystic ovary syndrome are thin, the majority have a weight problem. In spite of their best efforts, they seem to gain weight no matter what they do.

A possible reason for this dilemma is that you have inherited "thrifty" genes that were great for survival in times of famine in ancient times, but are not appropriate for the unlimited abundance of food in our modern times.

This is borne out by a recent study at the University of Pittsburgh where the diet of PCOS women was compared with women who did not have polycystic ovary syndrome. The study found that although women with this disease tended to be more overweight, there was virtually no difference in the dietary intake of the two groups.

This study suggests that women with polycystic ovarian syndrome tend to gain more weight with the same amount of calories as compared to other women.

In other words, you can consume exactly the same amount of dietary calories as your friend, but you will gain weight while your friend will not.

If you're trying to lose weight but are not succeeding, it's not necessarily because you don't have willpower. So don't let your doctor or others make you feel guilty when you can't seem to lose weight.

Are the Diets of PCOS Women Any Different? 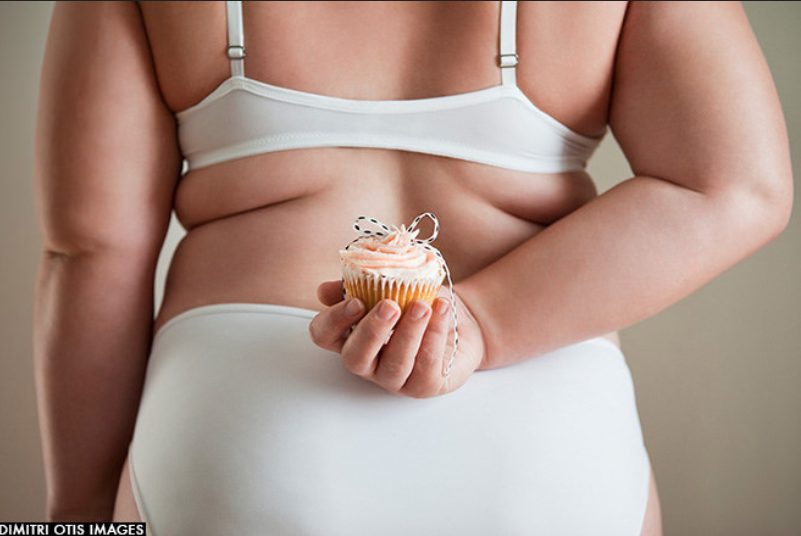 Since many PCOSers have a problem with weight, some have wondered whether they are eating differently compared to "normal" women. A study from the University of Alabama may shed some light on this issue.

In general, they found that women, whether they had polycystic ovary syndrome or not, consumed a similar amount of total calories, and the overall composition of the diet was similar.

However, the polycystic ovary syndrome group consumed significantly more white bread and fried potatoes. High glycemic foods like these are precisely the wrong foods for improving your health and relieving your symptoms.

White bread is a refined carbohydrate that has virtually no nutritional value. Fried potatoes are loaded with free radical molecules that stimulate inflammation, which is a process you are trying to prevent. This is why these foods are on the "do not eat" list in this ebook.

What's the Solution to Weight Gain, Infertility and other  Symptoms?

The best long-term solution we know of is to develop a set of habits that will build your health and offset your genetic tendencies to conserve weight and have your hormones be out of balance.

Therefore, you need to have a PCOS diet plan, a plan that will work to offset your genetic tendencies, help you lose weight, regain a normal cycle, and have fewer other symptoms such as acne, hair loss, or hirsutism (excessive hair growth).

Research Says This Diet Makes You Feel Better about Yourself

A More Effective Diet for PCOS?

Do you ever wonder whether the food you're eating may be making your symptoms worse? Or perhaps you think diet is important but are confused about what you should be eating?

There is a continuous trickle of medical research to suggest to you what kind of diet is most effective for reducing symptoms of polycystic ovary syndrome.

A recent report is from the University of Copenhagen in Denmark.

In a study lasting six months, 57 women with PCOS were divided into a high protein diet group, and a standard protein group. The women could eat as much as they liked.

Compared to the standard protein group, the high protein group had better results. They lost more fat weight and their waists got smaller. They also had reductions in their blood sugar levels.

A reduction in blood sugar levels is important because it helps to keep your insulin levels from getting too high. When insulin is chronically too high, your entire hormone system is thrown out of balance and you experience symptoms of polycystic ovary syndrome. So what you eat is very important for managing your symptoms.

This study indicates that the ratio of protein, fat and carbohydrate is important. It's also worth noting that the women did not have to count calories.

However, other studies have shown that calorie reduction is also effective.

3 Ways to Improve Diet for PCOS

In summary, here are three ways to use diet to reduce your symptoms and get back to a more normal cycle:

1) Adjust the ratio of protein, fat and carbohydrate in your diet. Notice if you are eating a lot of starches and sugars with little protein.

2) Reduce the "calorie density" and "glycemic load" of the foods you're eating. This is how you reduce total calories and keep your blood sugar under control without having to count calories.

An example of reduced calorie density and glycemic load is eating steamed vegetables instead of a slice of bread.

These advanced concepts are explained in "The Natural Diet Solution for PCOS" e-book. Calorie density refers to the number of calories in a given volume of food. Glycemic load refers to the impact a food has on your blood sugar level. (Please note that glycemic load is not the same thing as the glycemic index).

As you may know, one of the things our PCOS diet e-book advocates is a reduction in consumption of carbohydrates.

The University of Alabama has confirmed the efficacy of our approach.

In this study, women with polycystic ovary syndrome consumed two different diets. Carbohydrates in the low carb diet were 43% of total calories. In the standard diet, 56% of the calories were in the form of carbohydrates.

The women were frequently tested throughout the study. When the low carb diet was consumed, insulin levels were lower and the insulin response to carbs was less. Since the carbohydrate reduction helped to control insulin, there would be a reduced inclination to develop insulin resistance, which many doctors think is a root cause of polycystic ovary syndrome.

The study authors conclude: "A moderate reduction in dietary carbohydrate reduced the fasting and post-challenge insulin concentrations among women with PCOS, which, over time, may improve reproductive/endocrine outcomes."

In our e-book, in addition to recommending a reduction of total carbohydrate consumption, we recommend you change the type of carbs you're eating. Improving the type and quality of carbohydrate you consume will result in faster progress toward control of polycystic ovarian syndrome symptoms and better overall health.

Click here for information about a natural PCOS diet plan.