There is disagreement and uncertainty as to what causes PCOS. Polycystic ovaries and polycystic ovary syndrome symptoms have been associated with various combinations of these factors:


Some of these causal factors may also be consequences of polycystic ovary disease. In other words, we have an amazingly complex network of interacting variables, each of which influences the other.  This disorder is not a simple disease with a single cause.

Chapter 2 of the The Natural Diet Solution for PCOS and Infertility describes the possible causes of polycystic ovary syndrome in great detail.

New Cause of PCOS Discovered? 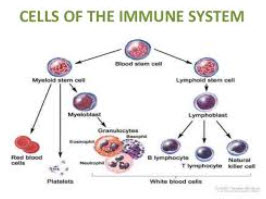 Some new research which reveals a possible cause of polycystic ovaries, lack of ovulation and polycysic ovarian syndrome. Although it's pretty technical, we thought it best to bring it to your attention because almost no one has been talking about it.

A study of female mice is suggesting that ovarian cysts may at least partially be the result of an immune system dysfunction. The gland involved is the thymus gland, which is responsible for the management of major aspects of your immune system. One of the functions of the thymus gland is to produce T-cells, which are white blood cells that help protect you from infection and also perform other important activities.

The researchers reported that ovarian cysts in the female mice did not develop unless there was an absence of regulatory T-cells.

Excessive estrogen appears to be the cause of the problem. When very young mice were given estrogen, they all developed polycystic ovaries. It is thought that estrogen alters the function of the thymus gland, thus preventing the full development of the regulatory T-cells.

The thymus gland in humans is also sensitive to sex steroid hormones such as estrogen.

The authors of the study concluded: "We propose that in utero exposure to excessive levels of steroids such as estrogen has a long-term effect on the ability of the thymus to produce regulatory T cells. In female offspring this can lead to PCOS."

In other words, it's possible your hormonal environment while you were in your mother's womb may have affected your thymus gland and contribute to the development of polycystic ovarian syndrome.

Polycystic ovaries and polycystic ovary syndrome are multi-faceted disorders, not just simply a little problem with your ovaries. In this research example, it appears a dysfunctional immune system could be involved.

This article is especially relevant if you plan to have a child. It's advisable to normalize your hormones as much as possible before conception and while pregnant.  Consult with your doctor about this vital issue.