PCOS - Is It All in Your Head?

In response to your litany of vague complaints about PCOS, has your doctor ever suggested to you that "it's all in your head?"

On the one hand, it's a bit insulting for anyone to think that many of your symptoms or complaints are psychological, not physical.

On the other hand, there is increasing evidence to indicate that this may be partly true.

For example, the Universidade Católica de Pelotas in Brazil recently published a study comparing 95 PCOS women to 71 similar women without the disease. The women with polycystic ovary syndrome were found to be three times as likely to have mental disorders compared to women who don't have this disorder.

Most of us know there's a major mental and emotional component in this disorder.  This site has reported in the past about the prevalence of depression, anxiety and appetite disorders. We've also discussed that you might be more sensitive to stress than other women.

What Could Cause the Linkage Between PCOS and Mental Problems? 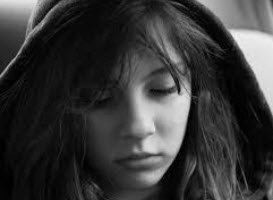 But what could be causing the higher incidence of mental problems compared to other women?

We're not sure anyone has the answer to this. It appears that hormonal imbalances are partly responsible. In addition, there's quite a bit of evidence to suggest that the nutrient quality of your diet plays a role in your moods and depression.

Possibly, there may be a genetic component that predisposes you toward mental problems. More research is needed in this area.

Another possibility is you have altered brain function, caused by a combination of hormonal, dietary, pharmaceutical and environmental factors.

Or maybe the reason for your emotional distress is that you are overweight. However, the Brazilian study showed that both normal weight and overweight women with polycystic ovary syndrome had a higher degree of mental problems. So we can't blame it solely on being overweight.

PCOS isn't just an ovarian problem. It's a systemic problem with multiple manifestations.

Those with polycystic ovary syndrome appear to have an elevated risk for depression, eating and anxiety disorders, and suicide attempts, which cannot necessarily be accounted for by obesity or other distressing symptoms such as infertility, hirsutism, and acne.

In other words, more than your body image is involved.

Emerging research is now indicating that insulin resistance and chronic inflammation are two of the primary factors causing these disorders.

For example, it's been reported that a range of factors appear to increase the risk for the development of depression, and seem to be associated with systemic inflammation. They include psychosocial stressors, poor diet, physical inactivity, obesity, smoking, altered gut permeability, allergies, periodontal disease, sleep and vitamin D deficiency, and environmental chemical exposure.

Insulin resistance is a defect in your ability to efficiently utilize the insulin hormone. Insulin resistance can occur to different degrees in various places in your tissues, such as ovaries, liver, fat, muscles, or brain.

When insulin resistance occurs in the brain, it strengthens the connection between two regions of the brain, the insula and the anterior midcingulate cortex. This strengthened connection appears to be associated with depressed mood and also possibly addictive behavior.

OK, so what can you do with this information?

First, you can recognize that emotional moods have a huge metabolic component. So while anti-depressant medications are helpful in some situations, they don't really get at the insulin resistance and inflammatory underpinnings of depression, anxiety and other psychiatric disorders.

If you have any emotional disorders, I recommend you "get back to basics".  The basics are:

This is a start in the direction toward metabolic control of psychiatric issues.

Do You Have Bipolar Depression?

Preliminary evidence from the Department of Psychiatry at Mount Sinai Medical Center in New York suggests there may be an intrinsic link between PCOS and bipolar depression.

Previous reports have attributed polycystic ovary syndrome to valproate treatment in women with bipolar disorder and with epilepsy. Valproate is a drug used for bipolar depression and for epileptic seizures. Bipolar depression is a mood disorder characterized by the alternation of manic and depressive states.

The Mt. Sinai study sought to determine the prevalence of this disorder in PCOS women who had not taken valproate.

Seventy-eight women with polycystic ovary syndrome were given a self-assessment questionnaire for bipolar disorder. 28% were classified as bipolar based either on the questionnaire or a previous diagnosis of bipolar depression. Nearly all (97%) had not been exposed to valproate before their PCOS diagnosis.

These preliminary findings suggest a higher rate of bipolar depression among women with polycystic ovarian syndrome than in the general population, independent of an association with valproate.

Women with polycystic ovary syndrome tend to have an abnormal functioning of the hypothalamus and pituitary glands in the brain, and the reproductive system. This same abnormal function may also contribute to bipolar depression.

This study suggests that perhaps one in four women with polycystic ovarian syndrome also have possible bipolar depression. If you feel depressed, you're not alone!

Counseling and drug therapy is available. Of course, improving your health and lifestyle helps both PCOS and related mood disorders. One example of many is omega-3 fats, which are found primarily in fish, vegetation, and some nuts and seeds. Omega-3 fats help to relieve both PCOS and depression. Consult our diet e-book for details.

Depression is a prominent characteristic of women who have polycystic ovary syndrome. Part of the depression stems from the emotional difficulty of being infertile, overweight, too hairy, or having acne, hair loss or some other disturbing symptom.

However, the primary cause of depression in PCOS appears to be hormonal in nature. A number of studies have shown a connection between a negative mood and elevated androgens, which are male hormones such as testosterone. In one interesting study, there was a correlation between the most intense depression and testosterone levels slightly above normal, but not when testosterone was low or extremely high.

Of course, depression is not limited to elevated testosterone. Depression has also been associated with insulin resistance and depressed thyroid function. Disturbed LH (luteinizing hormone) levels and rhythms have been found in depressed women compared to women who are not depressed. Disturbed LH is a primary reason why you don't ovulate. Abnormal estrogen and cortisol are additional hormonal factors connected to depression.

Women with mixed anxiety-depression disorder have high levels of homocysteine in the follicular and luteal phase of the menstrual cycle, and they have higher blood homocysteine levels as compared to healthy women. Women with PCOS commonly have elevated homocysteine, which is a byproduct of metabolic activity. Normally, homocysteine is broken down and made harmless. However, a poor diet that is deficient in calcium and B vitamins, and drugs such as metformin (Glucophage) help to elevate homocysteine.

All of the above factors for depression are common in PCOS women. There are additional factors that we won't go into here. But you can see that if you have PCOS and depression, you have a complex situation on your hands, a situation that does not have a simple solution.

The good news is that you can favorably alter your hormones and thus lift your depression at least to some extent with a healthy diet, regular exercise, stress management, selected nutritional supplements, and possibly medications. The diet would include plenty of whole, fresh vegetables, fresh fruit in moderation, fish, poultry, some other meats, nuts and seeds in moderation, greatly reduced consumption of grain products, and possible reduction of some legumes. (We go into much greater detail in our PCOS Diet e-book). As for nutritional supplements, a high quality multi-vitamin/mineral would be a good place to start.

What Can You Do About Mood Problems?

Now that we know what a mess this is, how do we go about cleaning it up? Here are some ideas.

It appears that the combined problems of weight, hair growth in unwanted places, infertility and acne tend to make your emotionally vulnerable and could lead to mental and mood problems.

If the Brazilian study is correct and if you are three times more likely to have a mental disorder, why not take a few moments for self-reflection.

Are you moody? Is depression holding you down? Is your eating behavior weird? Do you tend to isolate? Do you experience any self-disgust or self-blame?

There is nothing to be ashamed of here. PCOS is a disorder that has an emotional-mental aspect.

As we see it, there is no separation between mind and body. Your mind influences your body and vice versa.

So, in order to gain better control over PCOS, investigate how to create a healthier mind as well as a healthier body.

If you feel you have a significant mental or emotional issue, seek out professional help. You can also develop relationships with people who are supportive and distance yourself from those who are not.

Or maybe read a few self-help books. A popular one that I took a look at recently is "The Tools" by Phil Stutz and Barry Michels.

And let's not forget diet and exercise. Improvements in both areas will definitely improve your mental and emotional health. A healthier diet accompanied by increased exercise will lift your spirits and self-esteem.

Finally, various specific nutrients can help to improve mood and lift depression. Inositol and fish oil come to mind. But there are many others.