PCOS and Infertility:  How to Get Pregnant Naturally

If you're suffering from PCOS and trying to become pregnant, what can you do to improve your chances?

Naturopathic doctors and acupuncturists who specialize in helping infertile couples have reported increased success with those who have failed with fertility technology. 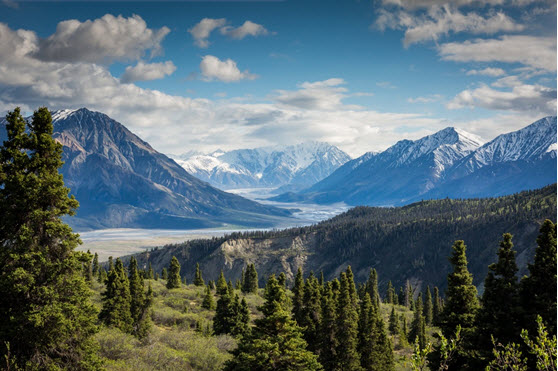 For example, researchers at the University of Surrey followed 367 couples for 3 years.  37% of these couples had a history of infertility and 38% of the women had previous miscarriages.  They were put on a program consisting of organic foods, an individualized vitamin supplement, and alcohol and tobacco avoidance.

At the end of the study, 89% of the couples had given birth to healthy babies, and none had a miscarriage.  Although this study was flawed in some respects, it does suggest that a healthy diet and lifestyle increases the probability of pregnancy and reduces the chances of miscarriage.  We look forward to more research to confirm this common-sense approach.

In another study, acupuncture timed with in-vitro fertilization increased conception rates.  The group receiving acupuncture had a success rate of 43% vs. only 26% for the control group.

Japanese scientists have discovered a new vitamin that plays an important role in fertility in mice and may have a similar function in humans.

The Tokyo-based Institute of Physical and Chemical Research confirmed that pyrroloquinoline quinone (PQQ), a substance discovered in 1979, can be categorized as a vitamin.

Mice deprived of PQQ suffer reduced fertility and roughened fur.  Vitamins that have an important effect on mice usually act in the same way in humans, the researchers said.

PQQ is the first new vitamin to be discovered since 1948.  It is thought to belong the to B-vitamin group.  Vitamins are defined as organic substances needed in small quantities for health and growth.  They must be obtained from food because they cannot be produced by the body.

Medical research indicates that PPQ is a powerful antioxidant, and it helps to preserve the energy-producing units of your cells.

PQQ is not usually found in multi-vitamin tablets.  The best source of PQQ discovered so far is "natto," a pungent Japanese dish of fermented soybeans.  Other foods rich in PQQ are parsley, green tea, green peppers, kiwi fruit and papaya.

PPQ appears to be a good complement to other supplements that support cellular function, such as CoQ10 and alpha-lipoic acid.

Here's more good news about omega-3 fats such as those found in fish oil. Omega-3 fats perform numerous functions in your body. One of these functions is that they increase the production of hormone-like substances called "prostaglandins". Prostaglandins can influence reproductive processes.

The implication is that increased consumption of omega-3 fats and antioxidants would improve the probability of becoming fertile.

The study pointed out that there is a cause-and-effect relationship between omega-3's and antioxidants. When you're low in antioxidants, you may be also lowering omega-3's. Why would this be?

The body's "metabolic fires" are controlled by antioxidants. When your internal fires burn too hot, molecules in your body become unstable, resulting in cell dysfunction and damage. You can think of antioxidants as similar to the knobs on your stove that control the amount of heat released by your burners. If you didn't have those control knobs, you could burn your food. The same is true for your body.

The problem with omega-3 fats is that they are rather fragile and easily damaged if you don't have enough antioxidants. So if omega-3 fats are going to correctly perform their vital functions in your body, they need to be protected by antioxidants.

Maybe you're wondering where antioxidants come from. Antioxidants consist of numerous substances that are supposed to come from your food. However, the quality of our foods has been badly compromised in recent decades because of agricultural practices, excessive processing and environmental pollution.

Even so, the primary of source of antioxidants is still the food you eat, if you consume the very highest quality foods. That's why we only include the highest quality and best variety of whole foods in The Natural Diet Solution for PCOS and Infertility book.

The issue of antioxidants is especially relevant if you have PCOS because there is some evidence suggesting that this group of women tends to have insufficient antioxidant protection.

Besides food, you can also take antioxidant nutritional supplements. However, there is no pill that will completely replace the wide variety of antioxidants found in the right foods.

Have PCOS?  Give Natural Medicine a Chance

If you are not ovulating, or are having fertility problems for other reasons, take all possible steps to improve your health and the health of your partner.

Consult with a knowledgeable, qualified health practitioner about natural therapies that will reduce the factors contributing to your fertility issues.  Safe, nontoxic and effective natural therapies, over time, can shift you into regular ovulatory cycles that will produce thriving eggs.

If better diet, improved lifestyle, increased exercise, supplementation, natural therapies and herbal medicine do not cause you to ovulate or get pregnant within six months, then consider "high-tech" methods for achieving your pregnancy such as in-vitro fertilization.

More Exercise + Weight Loss = Better Fertility if You Have PCOS

Weight loss, even as a little as 5%-7%, can decrease the amount of circulating androgens and thus help induce ovulation. Weight loss is also associated with decreased insulin and testosterone levels. In one study, reversal of ovarian dysfunction was striking, with 82% of women in the group showing marked improvement in fertility, including five pregnancies in women who had long- standing infertility.

Regular ovulation is a primary goal of all fertility treatments. Exercise by itself, with or without weight loss, improves regularity of ovulation. A study of adolescent women found a significant decrease in the frequency of self-reported acne, painful periods, and irregular menses in those engaging in more than eight hours of sports each week. Although few studies have reported on the link between exercise and PCOS, it's clear that exercise has positive effects on obesity and insulin resistance, which are common attributes of PCOS.