Many women with PCOS don't ovulate and thus cannot become pregnant.  A first treatment option for infertility is usually the administration of drugs to induce ovulation. 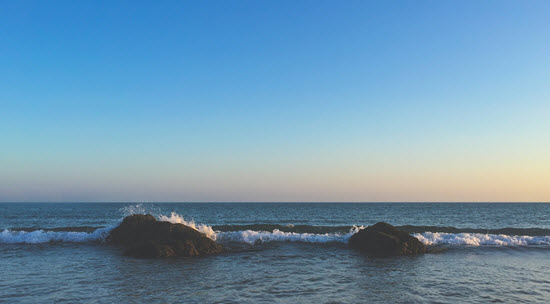 Brand names: "Clomid" or "Serophene".  Clomid is taken for 5 days early in your cycle to stimulate ovulation. Clomid may not be effective if taken for more than six menstrual cycles.

There is some evidence to suggest it may increase your risk of ovarian cancer if taken for 12 or more cycles. Clomid also has a number of side effects including bowel problems, headache, dizziness, blurred vision, depression, and more.

After taking Clomid for up to six cycles, it is reported that you have a 30% chance of becoming pregnant.

Brand name: Glucophage. Metformin is an insulin-sensitizing agent that is sometimes used in conjunction with Clomid. Metformin may increase your fertility to the extent that it reduces insulin resistance, and thus helps to normalize insulin. Too much insulin reduces your fertility. For more information, please go to our Metformin page.

Brand names: Profasi, Pregnyl. hCG may be used in conjunction with Clomid. hCG has the same effect on the follicle as LH (luteinizing hormone). It stimulates the dominant follicle to release its egg. hCG is given by injection, and has to be carefully timed. If given too soon, ovulation may be blocked. Too much hCG may cause ovarian hyperstimulation and cyst formation.

Brand names: Pergonal, Humegon, Repronex. hMG is a combination of LH (luteinizing hormone) and FSH (follicle stimulating hormone) that is derived from the urine of menopausal women. Both LH and FSH are required for follicle development. It is given by injection. There's a narrow range between giving too little vs. too much. Too much hMG may cause ovarian hyperstimulation and cyst formation. hMG is also expensive and may result in a multiple pregnancy.

Brand names: Metrodin, Fertinex, Follistim, Gonal-F. This injectable drug is intended for women who already have enough LH. Since many women with PCOS have excessive LH, FSH can be helpful in some cases.

GnRH (gonadotrophin releasing hormone). (Brand name: Lutrepulse). GnRH is naturally released from your hypothalamus gland in pulses every 90 minutes. GnRH causes your pituitary gland to release both LH and FSH, which are necessary for follicle development. To mimic the 90-minute pulse, you will have to wear a pump 24 hours a day, which injects GnRH every 90 minutes. This is inconvenient and very expensive. Infection at the needle site is not uncommon. One benefit of GnRH is reduced risk of ovarian hyperstimulation or a multiple pregnancy. GnRH may be used when Clomiphene and gonadotrophin injections have failed.

Brand names: Lupron, Synarel, Zoladex, Antagon. GnRH analogs are synthetic hormones that have a continuous effect, unlike the normal 90-minute pulsations of GnRH. This blocks production of both LH and FSH. These analogs are commonly used along with gonadotrophin injections in IVF (in vitro fertilization) clinics. Since LH may cause release of eggs from the follicles before they are ready, GnRH analogs are used to prevent that from happening. Reported side effects include headaches, insomnia, and mood swings.

Bromocriptine ("Parlodel"), pergolide ("Permax"), or cabergoline ("Dostinex") may be used to reduce prolactin levels if they are too high. Excessive levels of prolactin inhibit ovulation. Side effects vary, according to which drug you are using.

Is trying to conceive and have a baby is important to you?

We recommend that you try to conceive naturally, by changing your diet, losing weight, and making sure you have adequate stores of nutrients such as vitamin D and inositol.

But maybe you don't want to bother with all that. In this case, your doctor may prescribe a medication called clomiphene ("Clomid"), which is intended to induce ovulation and increase the probability of pregnancy. It is often used in combination with "assisted reproduction" techniques available through an infertility clinic.

Aside from its side effects, some women are "Clomid resistant", meaning that Clomid does not induce ovulation and thus you're not able to become pregnant.

In addition, it's thought that the failure of some women to achieve pregnancy with Clomid is that Clomid may retard the development of the endometrium (lining of your uterus), which makes it harder for an embryo to attach itself to the wall of the uterus. In addition, Clomid reduces cervical mucus, which makes it harder for sperm to travel to the egg.

Thus, according to studies, Clomid appears to be pretty good at inducing ovulation, but not so good at achieving a pregnancy.

There are several alternative medications available. One of them is tamoxifen, a drug that is used to treat breast cancer.

Several medical studies indicate that tamoxifen does not cause the endometrial lining and cervical mucus problems that are experienced with Clomid. This may explain why tamoxifen achieves a better pregnancy rate than Clomid, especially among those women who have PCOS and are "Clomid resistant".

Another possibility is to combine metformin (Glucophage) with Clomid, which may be more effective than Clomid alone.

If you've tried Clomid without success, you might ask your doctor about tamoxifen or metformin.

Be careful with clomiphene and tamoxifen. If over-used, they can increase reproductive cancer risk and cause other health problems.

In one study, NAC, a nutritional supplement, was shown to improve ovulation in Clomid-resistant PCOS women. However, other studies did not confirm this positive result. Unlike fertility medications, NAC does not have side effects