The most common treatment for PCOS is birth control pills or metformin. The issue of vitamin D adequacy is rarely if ever discussed.

But unfortunately, some doctors seem to ignore this issue and just provide you with pharmaceuticals.

Thus, D is a "forgotten vitamin" that plays a very important role in dealing with PCOS and improving your overall health.

And sadly, women with PCOS tend to have lower than adequate D levels than other women do. This is not good.

Why You Need this Vitamin for PCOS

Vitamin D is more than a "sunshine vitamin".  It is steroidal hormone that influences nearly 3,000 different genes in your body.

Most of the cells in your body have receptors for this vitamin, meaning that it's important to those cells in some way.  This is clearly a "must have" vitamin.

Optimal D levels are important for:


Name any symptom of PCOS you have and there is evidence linking a lack of D to the problem. It can be any symptom: hair, weight, infertility, ovulation, diabetes, skin, insomnia, heart disease, cancer, depression, metabolic syndrome, fatigue, blood pressure, pregnancy, chronic pain, lung function, high cholesterol, dementia, vaginosis, non-alcoholic liver disease (NAFLD), you name it.

For many, supplementation will be helpful.

This vitamin plays a role in normal blood sugar metabolism.

Getting optimal amounts may have a positive influence on blood sugar levels and possibly prevent diabetes and "metabolic syndrome", which are metabolic disorders associated with insulin resistance.

A deficiency is common in people with PCOS, metabolic syndrome and type 2 diabetes.  Supplementation has been reported to improve glucose tolerance, insulin secretion, and insulin sensitivity in diabetics.

Even more people have "metabolic syndrome", which is characterized by heart disease risk factors such as high blood pressure, elevated levels of triglycerides, low levels of HDL (“good”) cholesterol, and abdominal obesity.

PCOS shares many of attributes of metabolic syndrome and diabetes, and women with PCOS are more likely to develop diabetes and cardiovascular disease.

Insulin Dysfunction Is a Problem

In many cases of polycystic ovarian syndrome, diabetes and metabolic syndrome, insulin resistance is a significant contributing factor.

Insulin is a hormone produced by the pancreas that helps transport glucose from the bloodstream into the cells, where it is used to produce energy. In people with insulin resistance, plenty of insulin is available, but the body has an impaired capacity to recognize or respond to its hormonal signal.

In one study, vitamin D status was assessed in a group of healthy young people. The degree of insulin resistance and the capacity of the pancreas to secrete insulin were also measured. The results showed that lower blood levels of this vitamin were associated with a greater degree of insulin resistance and with weaker pancreatic function. Of those with subnormal D levels, 30% had one or more components of the metabolic syndrome, compared with only 11% of those with normal D levels.

These results suggest that a D deficiency increases the risk of insulin resistance or of the metabolic syndrome.

Research studies continue to show the benefits of having adequate levels this vitamin in your body. Here are the results from several medical studies.

1) May Assist with Weight Loss

The University of Tromso in Norway gave 93 individuals a weekly dose of 40,000 IU of vitamin D for one year. Those who were the most overweight had the lowest increase in D levels in spite of the supplementation.

The bottom line of this study is: the more overweight you are, the higher the dose of supplemental D you will likely need. Regardless of your weight, it is advisable that you get a vitamin D test to find out what your level is. If you are very overweight, it is critical that you get a test.

There is a connection between D and the health of your heart. The Medical University of Graz in Austria has reported that people who have heart trouble also have lower D levels.

Their report concluded: "In our opinion, the current knowledge of the beneficial effects of vitamin D on myocardial and overall health strongly argue for vitamin D supplementation in all vitamin D-deficient patients with or at high risk for myocardial diseases."

Preeclampsia is medical condition where you develop high blood pressure and protein in the urine while you are pregnant. If left untreated, both you and your unborn child are at risk.

Women who have gestational diabetes and PCOS have an elevated risk of preeclampsia.

The University of Pittsburgh Graduate School of Public Health published a study showing that a D deficiency increases the risk of preeclampsia.

The researchers concluded: "Maternal vitamin D deficiency may be an independent risk factor for preeclampsia. Vitamin D supplementation in early pregnancy should be explored for preventing preeclampsia and promoting neonatal well-being."

So if you are contemplating a pregnancy or are pregnant, talk to your doctor about your levels of this vitamin.

The International Agency for Research on Cancer looked at eighteen different medical studies to determine the relationship between D supplementation and longevity.

They found that people who took D supplements lived longer. They were less likely to die early from chronic disorders such as cancer, cardiovascular disease and diabetes.

An interesting study from the University of Tromso in Norway showed large doses of D for one year were useful for depression in people who were overweight. They concluded: "It appears to be a relation between serum levels of 25(OH)D [vitamin D] and symptoms of depression. Supplementation with high doses of vitamin D seems to ameliorate these symptoms, indicating a possible causal relationship."

When you add it all up, there are good reasons to consider vitamin D supplementation (as found in the d-pinitol formula). You may need even more D than is in this formula.  It's recommended that you get a vitamin D test from your doctor to find out where you stand.

More Reasons You Need This Vitamin 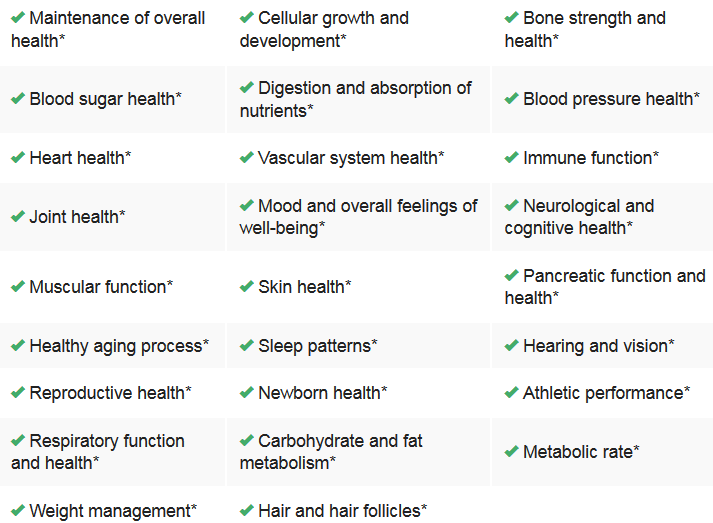