Too Many PCOS Women Have Low Vitamin D Levels

Vitamin D deficiency occurs frequently in women with PCOS, and may be a contributing factor to some of the biochemical abnormalities seen in this condition.

In 2009, the Medical University of Graz in Austria assessed 206 women with polycystic ovary syndrome and found that 72.8% of them had vitamin D levels below 30!  That's nearly 3 of every 4 women! 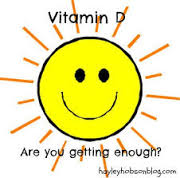 This research is saying that most of you are too low in vitamin D, and some of you are way, way too low.

The University of Graz researchers found a correlation between low D levels and an elevation of these symptoms of PCOS: weight, belly fat, blood pressure, blood sugar, insulin resistance, insulin, triglycerides and cholesterol.

The studies also reported a close association between metabolic syndrome, PCOS and low vitamin D. Metabolic syndrome has a lot of overlap with polycystic ovarian syndrome.

The heavier you are and the more insulin resistant you are, the more likely it is that your D is too low.

If you have any of these signs or symptoms, you should find vitamin D supplementation to be quite helpful. You can find significant supplemental D in the d-Pinitol product.

Vitamin D to the Rescue of PCOS

OIn another study of 13 women with polycystic ovary syndrome, five were found to have obvious vitamin D deficiency and three others had borderline-low D status.  All 13 women were treated with vitamin D2 at a dose of 50,000 IU once or twice a week, and also received 1,500 mg of supplemental calcium per day.

Of the nine women with absent or irregular menstruation prior to D treatment, seven experienced normalization of their menstrual cycles within two months and the other two became pregnant. Dysfunctional uterine bleeding also resolved within two months in both cases in which it had been present.

A report from the Royan Institute in Iran suggests that women with polycystic ovarian syndrome have some genetic variation that affects how effectively vitamin D functions in the body.

Get a Vitamin D Test

Whether you have the above symptoms or not, we recommend you get a vitamin D test from your doctor.  This is an obvious first step in your management of PCOS.

You could also take a supplement formula that contains a good level of D. A small study from Aristotle University in Greece showed favorable results in treating overweight PCOS women with vitamin D.

What if you are lean? Your need for D may be less than for someone who is overweight. But who knows? Regardless of your weight, it's wise to get a vitamin D blood test and find our where you stand.

Young Women in General Are Low in Vitamin D

The University of Texas reported a study of 800 women between the ages of 16 and 33. You would think that living in sunny Texas would provide plenty of vitamin D from sunlight. Well, this study indicates otherwise; they found that high prevalence of D insufficiency among young women.

And keep in mind that women with PCOS tend to have lower D levels than other women.

Are you a teen or a mother of a teen daughter? If so, read this.

The Medical College of Georgia has reported some disturbing news about vitamin D deficiency in teens.

Most of our D is manufactured by our bodies when our skin is exposed to the sun. Georgia is a state that gets a lot of sun. So you would think teenage girls would have plenty of it. Sadly, nothing could be further from the truth.

The researchers found low D levels in 56% of the 559 male and female teens they tested. Thirty percent of white female teens had low levels. An astonishing 94% of African-American teen girls had levels that were too low.

In other words, 94 of every 100 African-American female teenagers appear to have suboptimal D. The health of this ethnic group will become a moving train wreck if nothing is done, starting now.

If you're a teen, ask your parents to arrange for a vitamin D test.

If you're a mother of a teen, ask your doctor to test your daughter or son for vitamin D. It's the responsible thing to do. The future of your child is in your hands.

Meanwhile, put your teen daughter or son on a healthier diet and encourage them to get more exercise.