Another Hidden Cause of PCOS Identified? (Gut Dysbiosis)

Many researchers now think the PCOS process started while you were under development in your mother's womb. But that's not what I want to talk about in this article. Let's talk about something that may be causing you problems right now.

One of the most striking features about polycystic ovary syndrome is that there is almost always some degree of chronic inflammation. In other words, your immune system is stirred up. When you immune is stirred up and there is inflammation, all of your body processes become increasingly dysfunctional. That includes your hormones. 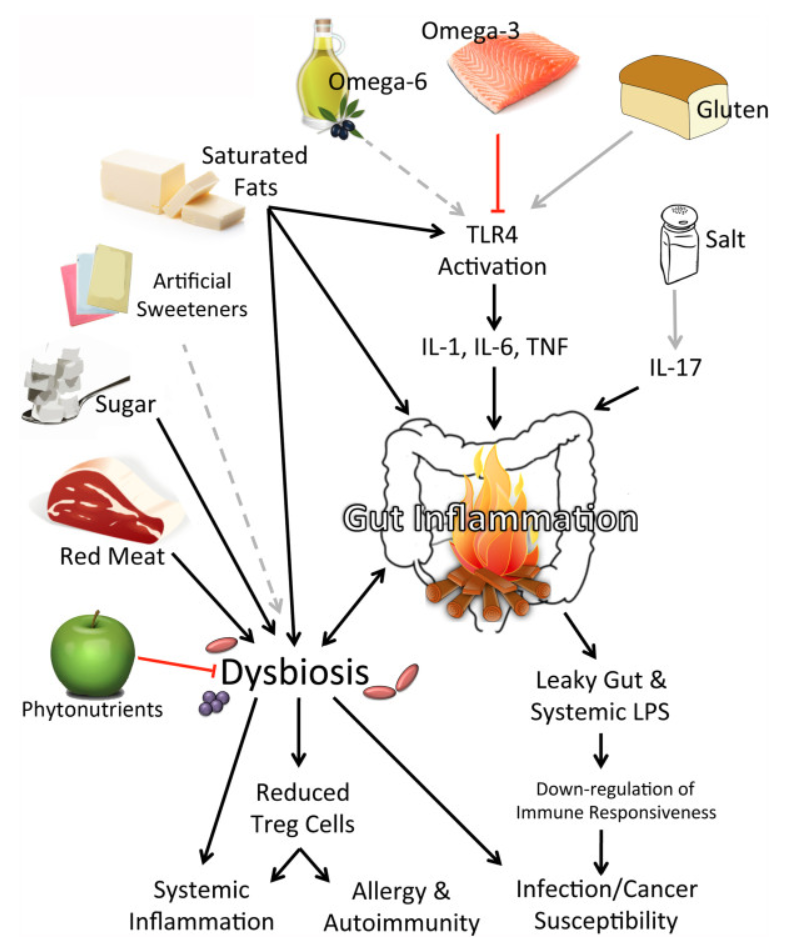 So what might be causing this immune activation and inflammation? Well, you need not look any further than your GI tract. According to a new research paper from Australia, pathogenic bacteria in your gut may cause polycystic ovary syndrome to develop.

The researchers said they suspect that unfriendly bacteria in the intestines create inflammatory molecules that leak through the barrier between the gut and the bloodstream. These inflammatory materials cause the immune system to react and inflammation is the result.

An activated immune system interferes with insulin receptor function. This prevents insulin from doing its job. And thus a condition called "insulin resistance" is created.

Insulin resistance is widely regarded as the #1 cause of PCOS.

The researchers said that this process can explain menstrual irregularity, polycystic ovaries, and the high level of male hormones that cause acne and hirsutism.

I've looked at some other research. There's no question in my mind that an imbalance of friendly vs. unfriendly bacteria in your gut is one of the main reasons why you have so many symptoms. This imbalance is called "gut dysbiosis".

How To Solve the Problem

Here's how to get started.

1) Change your diet. This is by far your most important step. Medical research has shown that your diet has a profound effect on the bacteria in your gut. You can start off by reducing consumption of saturated fat and greatly increasing the fiber content in your diet (more veggies!!). If you're looking for a diet that supports beneficial bacterial and reduction of symptoms, take a look at our PCOS diet e-book.

2) Don't take antibiotics unless ordered to do so by your doctor. They kill the good guys as well as the bad guys in your gut. When this happens, you can repopulate some of the bacteria by taking a probiotic supplement. A probiotic is a supplement containing several varieties of bacteria.

3) It would be advisable to take a probiotic supplement so long as you have PCOS. Whatever probiotic formula you take, it should contain a variety of organisms. Look at the label. Yogurt and kefir have bacteria, but the amount and variety is insufficient for our purposes.

4)  Omega-3 fish oil concentrate has been shown to reduce gut dysbiosis and chronic inflammation, according to research from Harvard Medical School.

Don't underestimate the importance of this article. What's going on in your gut will largely determine how successful you are in getting polycystic ovary syndrome under control.