I've just finished a long conference call with two women who have PCOS. They shared their amazing journeys with me. They have many of the issues that you have. Infertility. Weight problems. Doctors not understanding them. You name it. 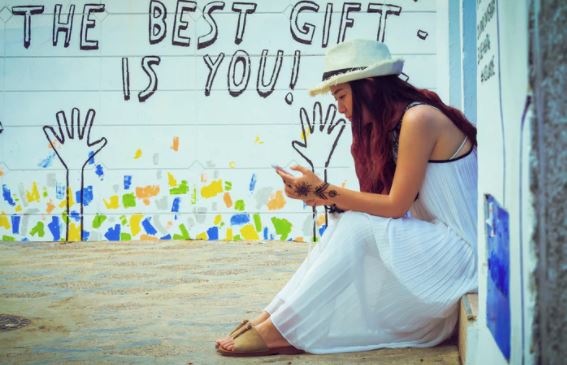 They shared their successes, failures and frustrations. They have worked long and hard to get polycystic ovary syndrome under control. Compared to many others, they have been quite successful. But not 100% successful.

What made them stand out in my mind was their deep understanding of their difficult challenges, their positive attitude, their continuous quest for solutions, and a refusal to give up in spite of setbacks.

It was such an interesting conversation that I wanted to share with you my interpretation of our collective insights.

1. Both women have consistently employed diet and exercise improvements with excellent results.

But -- they still find it a continual challenge to keep PCOS at bay. PCOS is always lurking in the shadows, waiting for you to make a diet, exercise or lifestyle "mistake". When you make a mistake, your body is punished and undesirable things happen.

2. You have to work harder than other people to achieve the same result.

One of them had a personal trainer who helped her to lose 100 lbs. The trainer told her that she was working 2.5 times harder than other people to lose a comparable amount of weight.

It's not fair but that's the way it is. You could blame it on your genetics but that doesn't make it any easier. The only good choice is to focus your attention on the next thing you can do today to improve your health.

3. The core issue is staying motivated.

How many different diets have you tried and given up on? How many times have you resolved to exercise but not carried through? Or maybe you tried a supplement like the d-pinitol formula and discontinued it after a month because it didn't make your symptoms disappear.

It's easy to give up and let depression and defeat take over. However, PCOS doesn't give you a free pass if you try something for a month and then give up. So we all need to find ways to identify what we need to do and then continue to do it.

4. Stop comparing yourself to other women.

I know this is asking the impossible. But comparing yourself to others doesn't help you. It doesn't help you to think about your friend who just had a baby. Or that person with the hour-glass figure and luxuriant hair eating a rich dessert in a restaurant.

Nothing will demotivate you faster than focusing on how deficient you are compared to someone else. It's deadly! So here's what to do instead...

5. Accept where you are right now and do something that takes you in the direction you want to go.

This is the way to escape the suffocating embrace of PCOS. Don't try to imitate what other people are doing and expect the same results.

Take exercise for example. Your friend works out in a gym an hour a day and she looks great. But you don't feel comfortable in a gym. Maybe it's too embarrassing, too physical demanding or you have an injury. Can you just accept that and find another physical activity instead -- maybe something that would be fun? And then starting doing it?

Another example is diet. Most of us know that consumption of refined grains worsens PCOS problems. But maybe it's too big of a step to remove all refined grains from your diet all at once. In this case, start with some smaller steps that you know you will do -- and stick with it. Have a salmon salad instead of a pasta salad. Have some almonds and half an apple instead of a bagel. Have slow-cooked oatmeal instead of instant breakfast cereal.

If you're an owner of our PCOS diet e-book but have not implemented the diet, why not take another look and pick out something that you can change. Maybe it be something simple like replacing soft drinks with flavored sparkling water.

Success is not an end point. Success is a steady progression, a series of steps, however small, that get you closer to your goal of reducing the impact of polycystic ovarian syndrome on your life.

For example, if weight is an issue for you, don't focus on whether you weigh more or less than you did yesterday.

Look for more subtle but important signs of progress. Did you notice your clothes feel a little looser? Did someone compliment you on how you're looking? Is there more room between your tummy and steering wheel of your car? Has a daily chore become easier? Are you feeling a little less depressed and have a bit more energy? Maybe all your hard work is starting to pay off and you just haven't noticed.