Most of us know that we should get more exercise, especially if PCOS and weight is an issue.  But do we do it?

It's really easy to think of an excuse for not exercising. I don't have time. I don't feel like it. The weather outside is horrible. I'm tired. It's too embarrassing to go to the gym. It's too expensive. 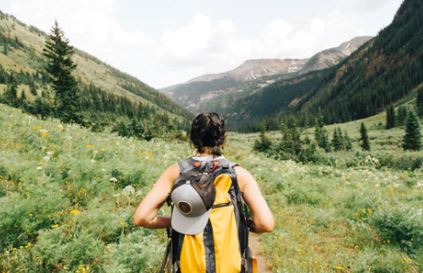 If you have an issue with exercise, this study from the University of California at San Francisco should interest you. Of the 150 women with PCOS in their study, 59% satisfied the minimal government standards for physical activity. The other 41% did not.

So what was the difference between the two groups besides physical activity?

The truth is, increasing your physical activity is one of the simplest and most effective things you can do for PCOS. Regular exercise improves every aspect of your health. It also may help you become more fertile.

The study noted that 71% of white women were active but only 42% of non-whites were active. So if you're an African-American for example, you will want to pay extra attention to your exercise habits.

Girls with PCOS Not Exercising Enough

Another study, from the University of Athens in Greece, is also not reassuring. They interviewed 81 adolescents with PCOS and compared them to non-PCOS girls.

The adolescents with PCOS engaged in physical activities less than the other girls. Even when they did, the frequency and intensity of exercise was less. And, they were less likely to be aware of the positive effects of exercise on their health.

All of the girls in both groups were sedentary in excess of the 4 hours per day limit, which has been linked with obesity.

Why Women with PCOS Must Exercise

Our bodies were made to move. For thousands of years, human beings were nomadic, following or seeking out the food supply. Once we learned how to create our food supply, we were able to stay in one place. As time passed, we began to enjoy the benefits of advancing technologies, which provided us with more leisure time. We used our minds more and more, while using our bodies less and less.

Today we find ourselves in a modern life that actually demands very little of us physically. Although our bodies are still hard-wired for movement, most of us no longer honor the very real need of the "natural self" to get up and move about.

Appreciating your body -- for its miraculous ability to carry out millions of intricate functions without conscious direction, for its continual pursuit of equilibrium, for its complex adaptive ability -- is the first step on the road to total fitness. Lay aside your judgments, fears, expectations and disappointments in favor of a positive framework that sets the stage for a lasting and consistent exercise program.

Exercise Offers Multiple Benefits for You!

A number of studies have demonstrated that women with polycystic ovarian syndrome or insulin resistance can greatly benefit from regular exercise.

For example, a study conducted at the University of Adelaide in Australia showed that a six month program of diet and exercise helped 18 overweight PCOS women normalize their hormones. They experienced an 11% reduction in central fat, 71% improvement in insulin sensitivity, 33% fall in insulin levels, and a 39% reduction in LH (luteinizing hormone) levels. The women in this study achieved surprising results with a combination of diet and exercise in just six months.

This study is relevant because insulin resistance and chronically high insulin and LH are reasons why women with PCOS don't ovulate and why they have a number of other troubling symptoms.

Exercise is necessary for the loss of belly fat in diabetic women according to a new study from Syracuse University. Thirty-three women were divided into "diet only" and "diet plus exercise" groups. Since diabetic women have metabolic problems similar to women with polycystic ovary syndrome, the study results are relevant.

Either diet alone, or diet plus exercise, caused an average weight loss of 9.9 lbs in three months. However, only the diet plus exercise group had a loss of visceral fat, which is the belly fat that surrounds internal organs.

This study suggests that you can lose weight with diet alone. But if you also want to significantly lose abdominal fat, you'll want to add regular exercise to your diet program. 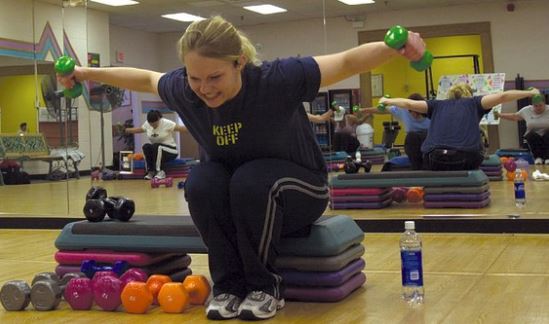 You know this, but it bears repeating: Regular exercise is an essential element of successful PCOS-related weight loss, and it helps to reduce insulin resistance if that is a problem for you. Resistance exercises, such as weight lifting, are an especially effective form of exercise.

Source: National Institutes of Health, National Heart, Lung, and Blood Institute, Clinical guidelines on the identification, evaluation, and treatment of overweight and obesity in adults : the evidence report, 1998, NIH publication No. 98-4083

New Articles
Are Your Muscles Responsible for Your Symptoms?
How to Jump-Start Your Exercise!
Articles from a Personal Trainer

Women with PCOS tend to have elevated homocysteine, especially those who are taking metformin (Glucophage). Homocysteine is an amino acid in the blood. A normal amount is okay -- but an elevated level means that your metabolic processes are not working properly. Elevated homocysteine is associated with coronary artery disease, heart attack, chronic fatigue, fibromyalgia, cognitive impairment, and cervical cancer.

A recent study at the University of Warwick in England has provided the first evidence that regular exercise significantly lowers homocysteine in the blood of young overweight women with polycystic ovarian syndrome.  In this study, a group of women who exercised for six months had a significant drop in their homocysteine levels. They also reduced their waist-to-hip ratio, meaning that their bellies got smaller. In contrast, there was no change in the non-exercising group.

We believe that regular, frequent exercise is crucial for managing polycystic ovarian syndrome. If you're not exercising, please get started now!

A very interesting study from Otago University in New Zealand may provide the answer. Two groups of men and women were put on one of two dietary and exercise programs for four months.

The "modest" group was given a diet commonly recommended by health authorities. They were required to cut their cholesterol intake and increase their fiber intake. Their diet consisted of low-glycemic foods, fish, nuts, seeds, grains, pasta, rice, fruit, vegetables, legumes and low-fat dairy products. This is the type of diet your doctor might recommend. The participants were also required to exercise for 30 minutes five times a week. No instructions were given on how hard to exercise.

The "intense" group was given a diet similar to the "modest" group, although their fiber intake was somewhat higher and the total fat intake was somewhat lower. In addition, the exercise requirement was different. The "intense" group was asked to exercise for at least 20 minutes five times a week at 80-90% of the maximum heart rate for their age. In other words, they were requested to exercise quite hard for 20 minutes.

Did you know that women with polycystic ovarian syndrome had reduced lung function, according to a medical study?  Good lung function is absolutely vital. If you can't get an optimal amount of oxygen, your cells cannot function optimally and you cannot be healthy.

We just came across a medical study that is great news for improving your lung capacity. It is the first study to report the effects of a structured exercise program on the lung function of women with PCOS.

At the end of three months, the exercising women had a 35% improvement in their lung function. In addition, the exercise program helped the women to improve their weight profile, reduce inflammation, and reduce their "insulin resistance" problem.

In contrast, the non-exercising group had no improvements whatsoever.

It should be very clear to you by now that regular exercise is crucial to your long-term success in gaining control over polycystic ovary syndrome.

Why not exercise on a regular basis for three months and see what happens? You may be pleasantly surprised!

To get more details about exercise and how it relates to PCOS, please refer to Chapter 14.1 in our PCOS diet e-book.

Can You Get Better by Exercise Alone?

Even if you don't follow our healthy diet for polycystic ovary syndrome at all, you can still get some benefit from regular exercise. (Of course, we strongly recommend that you do both!).

A small study conducted at the University of Florida showed that non-dieting sedentary adults who got a few hours of exercise each week and did not lose weight still were able to significantly improve their glucose and fat metabolism.

And, according to a new study of premenopausal women by researchers at Queen’s University in Ontario, Canada, moderate exercise without dieting caused a reduction in total body fat, belly fat and insulin resistance.  However, these women did not lose any weight. So, with moderate exercise alone, you may not lose much weight, but you will improve your body fat percentage and reduce insulin resistance.

Regular exercise provides numerous health benefits, including improvement in some PCOS symptoms such as insulin resistance. We also know that a healthy diet provides additional numerous benefits. If you combine a healthy diet with a regular exercise program, you will accelerate your progress towards managing polycystic ovarian syndrome, improving fertility, and being more vital and healthy.

How Important Is Exercise -- Really?

It's hard to overemphasize the importance of regular exercise and physical activity. For one thing, it makes the mitochondria in your muscle cells healthier and more active. This helps you reduce fat weight and insulin resistance.

We'll be talking more about exercise soon. New research is showing that it is crucial to your success.

Meanwhile, click the image below to see an informative video. It's a great way to understand how exercise will improve your health and your life. 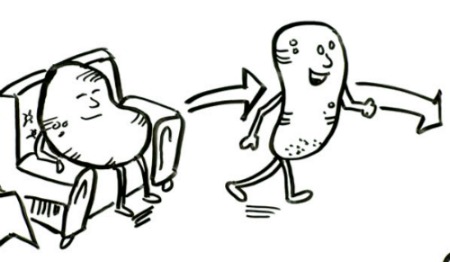 Other Natural Therapies for PCOS