Nutritional Supplements for Hirsutism (and PCOS too!)

Nutritional supplements and herbs may help you to reduce the severity of hirsutism (unwanted hair).

Quite a number of vitamins and minerals are helpful for normalizing insulin and androgens (male hormones), or reducing the effects of testosterone. They include chromium, vitamin E, magnesium, zinc, copper, and vitamin B6, to name a few.

Supplementation may also be indicated if your diet has been less than optimal and if you are taking multiple medications. Take vitamin B6 for example. The processing of foods may transform B6 into another compound that your body can't use. The chronic use of birth control pills has long been suspected of creating a vitamin B6 deficiency, although this has not been conclusively proven.

You want to have some B6 on board because it appears to reduce the production of prolactin, a hormone that causes testosterone to be taken up by tissues. Some women with PCOS have too much prolactin. Vitamin B6 also dampens the responsiveness of cells to hormones, and when there is a vitamin B6 deficiency, the cells appear to have an exaggerated response to hormones.

Myo-Inositol Should Be Helpful 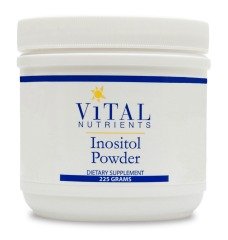 Vita-Salute University in Italy studied fifty women who had polycystic ovary syndrome.  They took supplemental inositol for six months to determine its effects on skin conditions such as excess hair and acne.

In summary, supplementation with vitamins and minerals should be considered for inclusion as part of your overall program to control unwanted hair growth and other PCOS symptoms.

There are herbal extracts that work like anti-androgen drugs by inhibiting the enzyme that converts testosterone into the much more potent DHT (dihydrotestosterone). DHT is the hormone in your skin that stimulates hair to grow.

Vitex agnus-castus has traditionally been used to treat menstrual irregularities and improve fertility. It is thought that vitex normalizes LH (luteinizing hormone). High levels of LH contribute to male hormone production.  So if you can normalize LH, you're likely to produce less of the male hormones leading to unwanted hair growth.