Have you been drinking your spearmint tea for your PCOS?  If not, read this article.

Reduce Hirsutism with This Tea 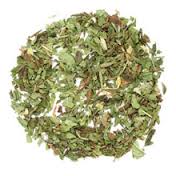 Researchers at the Suleyman Demirel University Medical School in Isparta, Turkey had been receiving "major complaints" from the local men that drinking mint tea was interfering with their libido and reproductive function.

To find out what might have been the problem, the medical school added peppermint to the drinking water of rats. The rats drinking the peppermint had a significant reduction in their testosterone and an increase in follicle stimulating hormone (FSH) and luteinizing hormone (LH).

Bear in mind that elevated testosterone and disordered FSH and LH levels are primary sources of difficulty for women with polycystic ovary syndrome.

Just recently, the medical school completed a study of 21 women who had excessive hairiness. Twelve of them had PCOS and the other 9 had hirsutism of unknown origin.

The women took a cup of spearmint tea twice a day for 5 days in the follicular phase (first half) of their menstrual cycles. The tea was made by pouring boiling water on 1-2 teaspoons of dried spearmint and leaving it for 5-10 minutes, then straining and drinking the tea.

The interesting point about this study is that the spearmint tea reduced the "free", biologically active testosterone. It is the free testosterone that contributes to hirsutism, acne and other PCOS problems. If free testosterone can be reduced, the symptoms will tend to diminish.

The researchers state that "spearmint can be an alternative to antiandrogenic treatment for mild hirsutism."   In other words, why not try drinking spearmint tea before resorting to a drug? 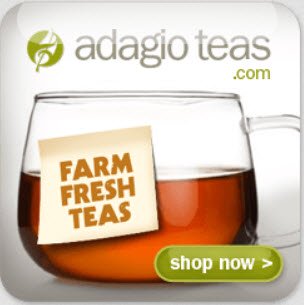 In a more recent study, 42 women with PCOS were studied at Eastbourne District General Hospital in the UK. One group had spearmint tea twice a day for one month. The other group had a placebo.

The spearmint tea group had a reduction in their levels of testosterone, a male hormone. Too much testosterone contributes to PCOS symptoms, such as acne, infertility and hirsutism.

The women reported that they experienced a reduction in their hirsutism. However, an objective measure of hair showed no change.

So conclusive proof for spearmint tea's effectiveness in reducing hirsutism is still lacking. The original Turkish study was only for five days and the UK study was for only one month. This is too short a period of time to properly evaluate the effectiveness of spearmint tea.

However, these preliminary studies suggest that spearmint tea may be helpful for testosterone-related problems such as hairiness. The researchers reported that "the preliminary findings are encouraging that spearmint has the potential for use as a helpful and natural treatment for hirsutism in PCOS."

So it appears from this preliminary research that it certainly won't hurt to drink spearmint or peppermint herbal teas to see if they have any beneficial effect on your symptoms.