Have You Tried Psychotherapy for PCOS and Better Ovulation?

Lack of a regular period and inability to become pregnant is one of the most distressing aspects of PCOS. Many resort to hormone therapy or strong drugs in an attempt to restore normal ovarian function and become fertile. However, drugs are not the entire answer.

What you think and feel, and how you behave, also influences your hormonal cycle, according to two recent studies. 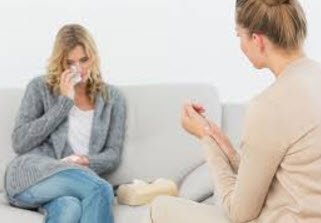 The first study, at Emory University in Atlanta, Georgia, set out to see whether several months of cognitive behavior therapy would help women start menstruating again. The researchers screened out women who were depressed, had eating disorders, were underweight or who exercised more than 10 hours a week.

After screening, the women remaining in the study were still more likely than the average woman to be perfectionists and to have a great need for social approval. They also tended to have less healthy attitudes toward eating.

In the study, eight women were randomly assigned to undergo 16 therapy sessions in which they were encouraged to develop healthier attitudes toward eating and weight. The other eight women in the study did not receive any counseling.

Of the eight women who underwent counseling, six began menstruating again. In contrast, just one of the women who did not receive counseling got her period back completely.

In the second study, at the University of Vienna in Austria, researchers note that while psychological counseling can be helpful for women who have stopped menstruating, this treatment is "time consuming and relatively expensive." They suggest that hypnosis may offer a one-shot solution to the problem for some women.

In a pilot study involving 12 women with amenorrhea, nine resumed menstruation within 12 weeks after a single session of hypnotherapy. In addition, women reported a better sense of well-being and increased self-confidence.

Hypnosis may work by allowing women to regain the "forgotten knowledge" of the capacity to menstruate on a regular basis, according to the researchers. Despite the promising results of the study, they cautioned that the results are preliminary. The study did not include a "control" group of women who did not receive hypnosis.

Your mental and emotional health is a vitally important but overlooked factor in managing PCOS and infertility. Consider getting therapy, or joining a PCOS support group in your area. Also, stress management is key to your recovery. Stress impairs progesterone activity, which is a main reason why you have polycystic ovary syndrome and fertility problems.