Navigating Gestational Diabetes without Losing Your Mind...Or What I Would Do if I Could Do It All Over Again

See other sections of this article here:

Part 1: What is gestational diabetes?

Gestational diabetes (GD) is a form of diabetes that affects up to 14% of all pregnant women in the US, who did not previous have type 1 or type 2 diabetes. During any pregnancy the placenta excretes hormones that make the mother increasingly insulin resistant (her cells become less able to absorb sugar so it circulates in the blood at higher levels to preferentially feed the baby as it grows). If the mother already started out moderately insulin resistant, that increase can tip her over into diabetes. An important thing to keep in mind is that if you do develop gestational diabetes, your risk of Type 2 diabetes later in life is much greater. Even though only a small percentage of women continue to be diabetic immediately after having a baby, if you have had GD, it would be wise to not ignore blood sugar levels from here on out.

With gestational diabetes, sometimes the pancreas can't keep up with insulin production to maintain safe blood sugar levels for the mother and baby, and it is at that point the mother becomes an insulin dependent diabetic for the duration of the pregnancy. If flooded with excessive sugar the baby's pancreas can also kick into overdrive, pumping out more insulin for the baby to try and keep his or her blood sugar levels steady, and may or may not be able to keep up.

The reason you want to avoid this by trying to reduce insulin resistance as much as possible before conceiving, or manage it really well if you have gestational diabetes is babies with high blood sugar grow faster and bigger than they should. Women can birth large babies successfully, and do it all the time, especially if they have freedom of movement during labor and the guidance of a trained midwife, but an overly large baby can sometimes complicate delivery by causing something called shoulder distocia where a shoulder gets hung up inside the pelvis. When that happens you need either a skilled midwife or OB to reach in and yank out the shoulder, or a c-section, neither really sounds like an ideal birth experience if it can be avoided. In addition to being large, babies born to mothers with gestational diabetes are at greater risk to be born prematurely or have lung and breathing problems. Uncontrolled gestational diabetes also occasionally causes something called ketoacidosis, where sustained high blood sugar levels become toxic to the mother's body and the baby, and can cause serious brain damage to the developing fetus.

You may already know that if you have PCOS, should you conceive a child, your risk is significantly greater than that of other women for developing gestational diabetes. So it isn't a bad idea to have a game plan if you are trying to get pregnant. I suspect that I may have also had gestational diabetes with my first pregnancy, but that I "lucked out" and passed the 50 gram Oral Glucose Tolerance Test (OGTT) because it wasn't a fasted test, and I had a HUGE breakfast consisting of a salad the size of my head topped with a can of black beans, and a can of tuna. This pregnancy, my midwives had revised their testing methods and now they have everyone jump straight to the 75 gram fasted test because the old screening just wasn't predictable enough considering the results were easy to change depending on what people ate before taking it.

The standard is to send someone for a 100 gram glucose challenge if they fail the 75 gram test, but that is pure sadism as far as I'm concerned. I suggest accepting the diagnosis if you fail the 75 gram test, get a glucose meter, and move on with your life. I know sometimes people pass the 100 gram after failing the 75 gram test, but personally I wouldn't want that license to care less about what I ate if my blood sugar control was already strained enough to fail any of the tests. Considering what I craved nearly every day was pancakes and huge glasses of milk, I would have given in much more often to those cravings if I hadn't been worried about those things impacting the health of my baby or ease of delivery.

If I get pregnant again, I'm just going to start tracking my blood sugar from the beginning of the pregnancy and try to refuse the OGTT. I've taken the OGTT 3 times now, and I'm not sure it is an entirely harmless test, especially being someone who has insulin resistance and sugar metabolism issues to begin with. If I didn't have those things, chances are I wouldn't have PCOS either. I've read that you can volunteer to monitor your blood sugar with a glucose meter for a week or two and get a HbA1c to test roughly what your blood sugar has been for the 3 months in lieu of taking the OGTT if you can convince your healthcare provider, so I will be lobbying for that next time.

The OGTT is a really useful way to collect data about how you are metabolizing sugar, but considering that the test requires that you chug a huge dose of straight glucose in 5 minutes, you should expect that it is at the very least going to ruin your day from the extreme blood sugar swings. Expect moodiness, difficulty concentrating, nausea, sweating, and also possibly aggravating another issue pregnant women with less than marvelous blood sugar control can run into, yeast infections, thus possibly ruining your whole week too. I seem to easily develop issues with the balance of bacteria in my gut if I get too much sugar in my system as well, and the large amount of sugar from the glucose drink seems to cause digestive issues for me for weeks after taking the test. A blood draw for the HbA1c test, and a finger prick to test blood sugar 4 times per day is nothing compared to the misery induced by the OGTT in my book. Never again while pregnant if I can avoid it. I did take the final OGTT to clear myself of the diabetes diagnosis after the birth, and even without being pregnant that was still pretty rough, even though the fasting beforehand was much less torturous without a baby in my belly asking for food.

Gestational Diabetes Is a Pregnancy Risk in PCOS

This free newsletter gives you original and immediately usable information to help you deal with PCOS.

Get the latest research, tips for improving your health, answers to questions, success stories, and more!

Your e-mail address is totally secure. We will never misuse your information.

Enter Your Email Above to Subscribe Today
and Get Your Questions Answered in this Free Special Report! 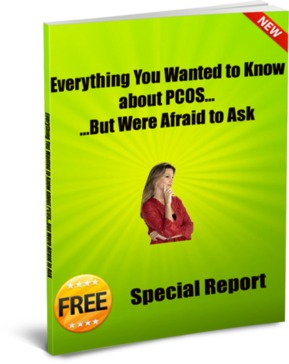 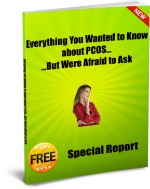 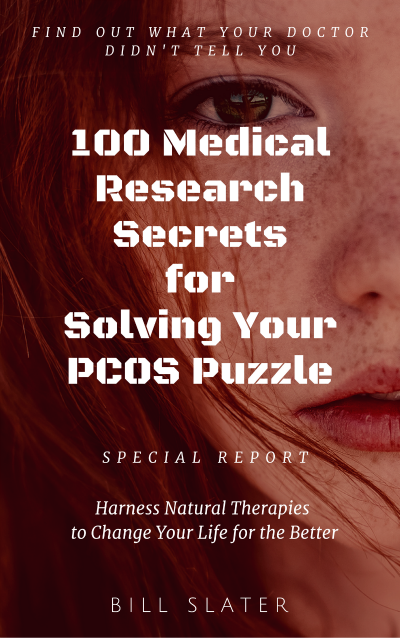 d-Pinitol
may be relevant to PCOS